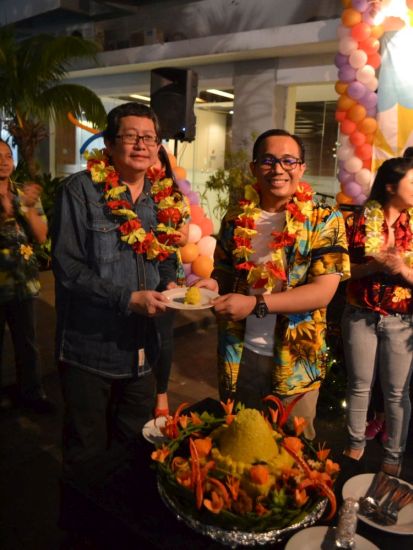 The event itself went low-key, starting with a foreword from Mr. Soni Harsono as the General Manager, before followed by the cutting of Tumpeng by Mr. Harsono to be given to the representative guests of invited Corporate and Media partners. The acoustic music from Second soul accompanied the on-going of the event to its conclusion.

“This event is a form of our thanks to all the Corporate and Media partners that in the past one year have shown us tremendous support and cooperation with Grand Whiz Poins Square Jakarta. We hope that after this event our relationship with them can grow even further, and that Grand Whiz Poins Square will always be their choice for stay whether for leisure or business,”  said Mr. Soni Harsono.